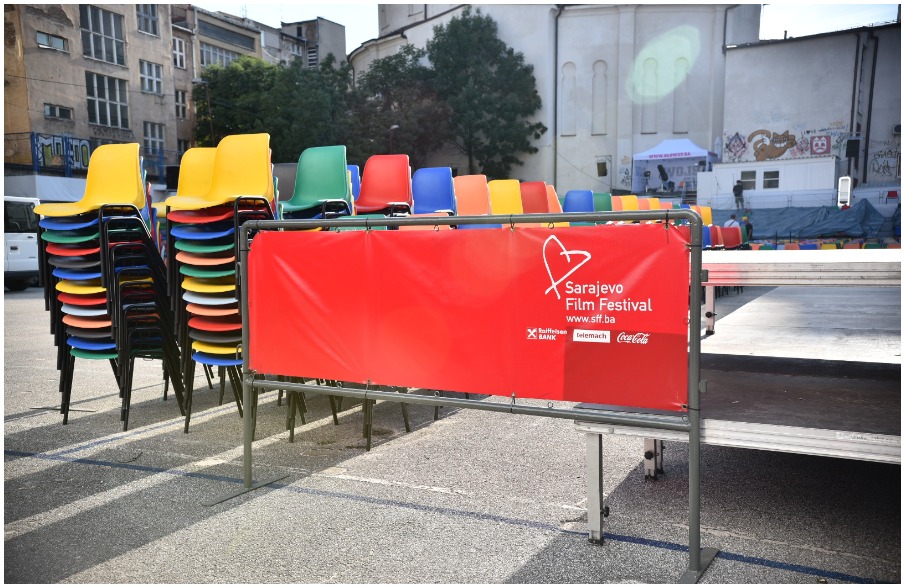 FRED Film Radio is joining the 2018 Sarajevo Film Festival, that takes place on August 10-17, 2018. Once again, we will be mentoring the talents press participants of this year’s edition of Talents Sarajevo, the twelfth in its history – a six-day program during which international professionals provide mentorship to 61 young filmmaking professionals. In our case, we will be working with up and coming film journalists coming from various parts of the Balkan region: Barbara Majsa from Hungary; Jovan Marković from Serbia; Mirela Vasileva from Bulgaria; Nadina Stefančič from Slovenia; and Victor Morozov from Romania.

As part of their mentorship program with FRED, they will be recording interviews with guests of the festival, reporting from different special and industry events, and a chat with the participants of the Pack and Pitch training program. The latter is a program that gives directors and/or producers and opportunity to pitch their scripts in development to a wider audience of the CineLink Industry Days, consisting of various scouting talents, their colleagues, and a three-member jury that awards two of their projects.