One of the most influential cinematographers of all time passed away on Dec. 27, aged 93.

Haskell Wexler died at the age of 93 this past Sunday, December 27. Judged by many to be one of the most influential American cinematographers of all time, he remained active right up to the end of his life, and more recently became a prominent documentarian, whose favoured subject included the political activism represented by the Occupy Movement.

Wexler briefly made industrial films in Chicago before moving onto low budget docu-dramas as assistant cameraman. He made ten documentary films with director Saul Landau, including Paul Jacobs and the Nuclear Gang, which aired on PBS and won an Emmy Award and a George Polk Award.

His big break as cinematographer came in 1963, when he shot his first major feature, Elia Kazan’s America, America. Three years later, he won an Oscar, the last ever Academy Award for Best Cinematography in Black and White with the anti-Valentine’s Day classic Who’s Afraid of Virginia Woolf, directed by Mike Nichols. He went on to win a second Academy Award for his work on Bound for Glory (1976) directed by Hal Ashby, a biography of Woody Guthrie, whom Wexler had met during his time in the Merchant Marine, which is also credited for being the first feature film to make use of the newly invented Steadicam.

Other highlights of his work as cinematographer include In the Heat of the Night (1967), which is notable for enabling the first major Hollywood film in colour to be lit with proper consideration for Sidney Poitier, a male of African descent, and One Flew Over the Cuckoo’s Nest (1975), for which he received another Academy Award nomination.

He also directed fictional debut. Of these, Medium Cool (1969), which he also wrote and shot in a cinema verite style, is studied by filmmakers all over the world for its breakthrough style.

We celebrate his influential career with the following gallery, that features stills from 10 of his landmark works. 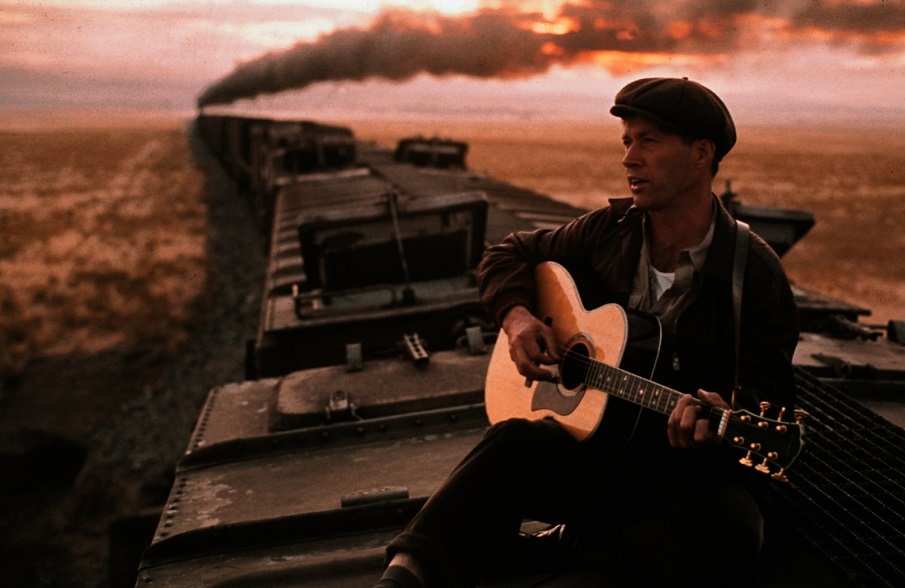