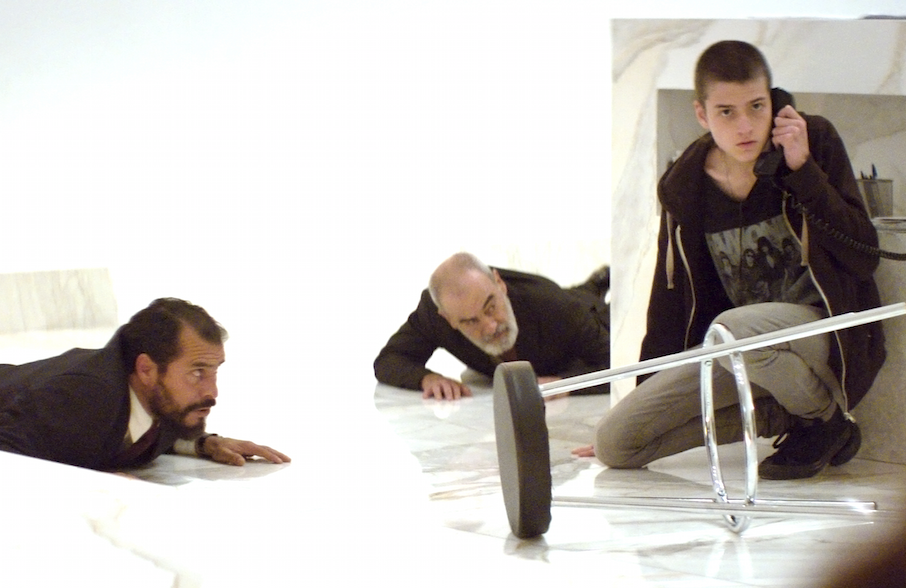 UN MONSTRUO DE MIL CABEZAS: In his fourth film, Un Monstruo de mil cabezas (A Monster with a Thousand Heads), the filmmaker confirms his great talent as an author, in a film that tells the story, with a remarkably sober narrative style, of a sort of social parabola with the purpose of condemning the inefficiency, bureaucracy and corruption of a society that cares only about profit. In only 75 minutes, the victims of a common case of medical error become the negative heroes of a paradoxical news story, which turns into tragedy. He bends the conventions of the thriller genre to the urgency to condemn the thousand-headed monster that threatens the lives of ordinary citizens. Given the impossibility of defending one’s rights in any other way from the moral irresponsibility of those who wield the power of control, the individual has no other choice but to react in a distorted, self-defeating way. NEON BULL: Iremar works at the “Vaquejadas”, a rodeo in the North East of Brazil where two men on horseback try bring down a bull by grabbing its tail. It’s dusty and back-breaking work, but Iremar is a natural vaqueiro feeding, prepping and taking care of the bulls. Home is the truck used to transport the animals from show to show which he shares with his coworkers; Galega, an exotic dancer, truck driver and mother to her spirited and cheeky daughter Cacá, and Zé, his rotund compadre in the bull pen. Together they form a makeshift but close-knit family. But Brazil and the Northeast are changing and the region’s booming clothing industry has stirred new ambitions in Iremar. Swinging in his hammock in the back of the truck, his head is filled with dreams of pattern cutting, sequins and exquisite fabrics as he mentally assembles his latest sexy fashion designs…